One of the more recent Mac vs. PC ads depicts a mockery of the upgrades and issues addressed by the Windows team over the years. The ad also takes a subtle dig at Microsoft’s business image with the actor appearing in a series of dated suit styles topped by an awful mid 80’s look. The Apple counterpart, the kid from “Dodgeball,” maintains a classic jeans and t-shirt style throughout. A random review of two pictures of the early architects of each empire reveal Apple to be the more guilty of the crimes of the time. 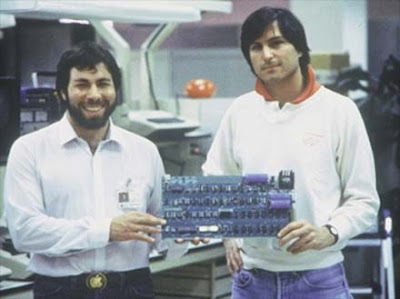 Steve Wozniak is the jolly fellow on the left with the Apple belt buckle. Steve Jobs, the once ousted, since reinstated wizard of Mac sports the Marty McFly look, complete with popped collar. Some how, some way, the popped collar look went dormant from approximately, September, 1991 to sometime in the middle of the last decade. Unfortunately when it returned, it did so with disastrous results. 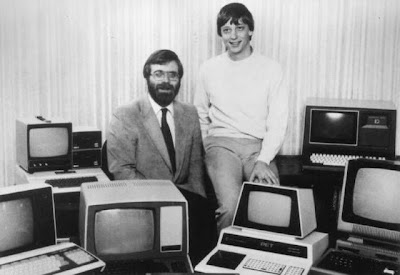 Meanwhile, Bill Gates and his early partner Steve Allen keep it plain with nothing to mock but their blandness. Allen’s beard gets him respect, as does his post-Microsoft acquisitions. He bought an NFL team and an NBA team, and apparently likes big boats. 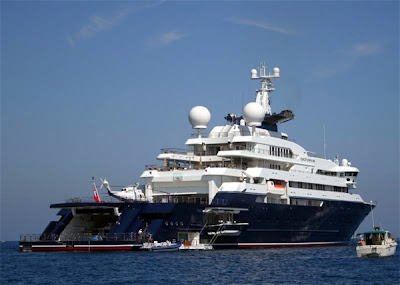