Jealousy is a stinky cologne

Yesterday afternoon Charlie Weis was interviewed by IrishIllustrated.com and dropped a bomb on former rival Pete Carroll. In a series of questions regarding Weis’ image and how it was damaged by TV clips of him cussing, the reporter led the fired Weis into a minefield: 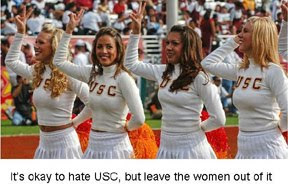 Q: “Is it frustrating to you Pete Carroll, for example, portrayed in one way…“
CW: “Let me ask you this question: You guys know about things that go on in different places. Was I living with a grad student in Malibu, or was I living with my wife in my house? You could bet that if I were living with a grad student here in South Bend, it would be national news. He’s doing it in Malibu and it’s not national news. What’s the difference? I don’t understand. Why is it okay for one guy to do things like that, but for me, I’m scrutinized when I swear. I’m sorry for swearing; absolve my sins.” 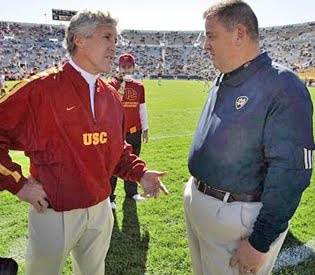 In a Kobe-style snitching, Weis unveiled a raging jealousy for Carrol’s success at USC. Their battles go back to NFL days, most notably from 1997 to 1999 when Carrol was the Head Coach/Defensive Coordinator of the Patriots and Weis was Offensive Coordinator for the Jets. But despite their rivalry laden history, this is a bush-league move by Weis. Last week SI wrote that Weis had actually become likeable because of his failure at Notre Dame. Well not anymore, Weis seems certain he’ll be employed next year, but even Belichick should note the divisiveness Weis’ ego causes. 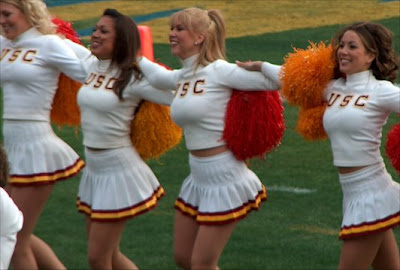 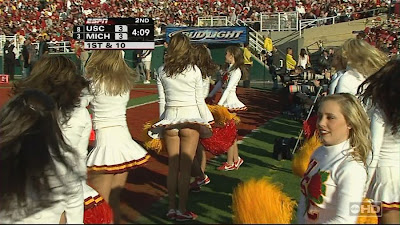 No word on whether this is true from Carrol or if so, who she is. The Tiger Woods drama has shown us that the American public will consume celebrity affairs to no end. If Carrol’s been fishing off the company pier we will know who. But Weis, WTF?