Globalization of the empty stomach 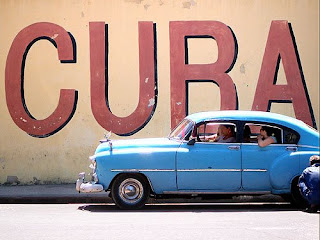 Obama’s recent speech in Miami regarding the future of U.S.-Cuba relations has raised the ire of Hispaniola’s most famous resident. Obama advocated for keeping the Embargo, yet allowing for familial remittances to be sent back to the island. He also favored lifting the travel restrictions, however remained firm on the need for the Embargo. Fidel of course took umbrage with the speech, but considers Obama, “the most progressive candidate.” Throughout his editorial, Castro pointed out several hypocrisies in Obama’s call for a continued embargo, despite being diplomatically open-minded otherwise. One thing is clear, conservatives and liberals alike would prefer a free Cuba, certainly for different reasons, but in the best interest of both.
at
12:03 AM