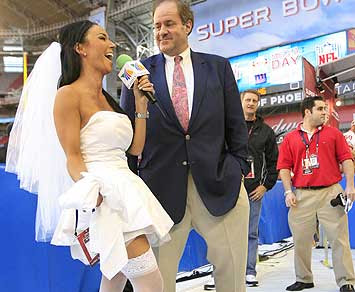 Super Bowl XLIV Media Day is Tuesday in Miami, Florida. One of the highlights is the arrival of cable news babes from around the world. The cast of past all-stars includes, Ines Gomez Mont, and Ines Sainz of TV Azteca of Mexico, Televisa’s Marisol Gonzalez, Telemundo’s Mireya Grisales, and Access Hollywood’s Maria Menunos. The Mexican cable news babes are usually dressed for attention, and should feel at home in Miami. The last Super Bowl to be in Miami was Ines Gomez Mont’s first. The next year she made a splash at Super Bowl XLII when she wore a wedding dress and proposed to Patriots QB Tom Brady. 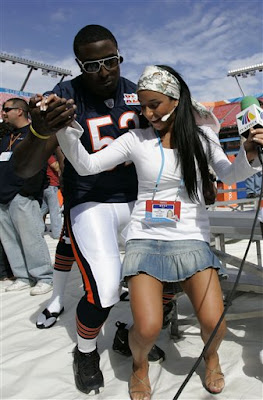 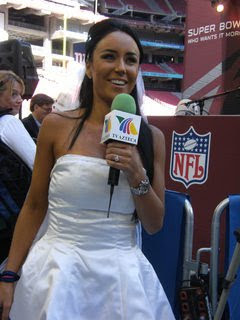 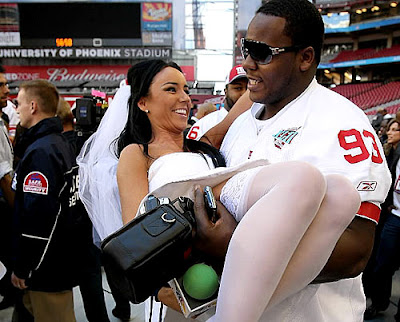 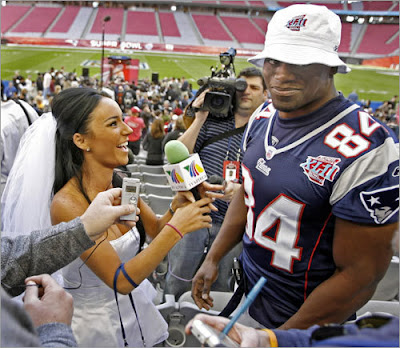 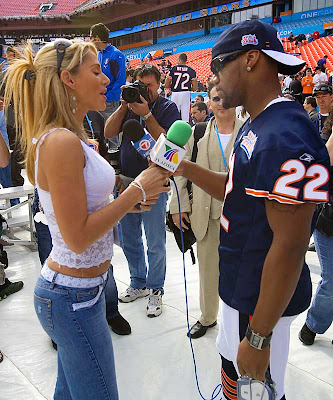 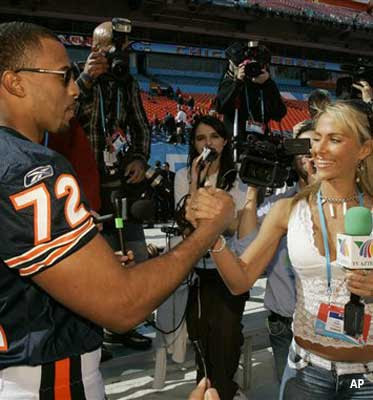 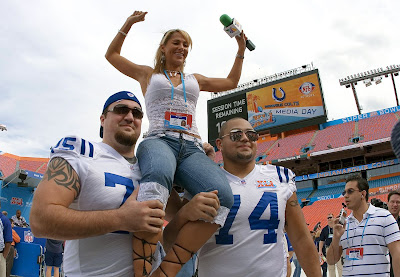 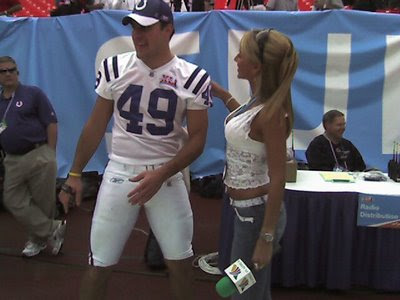 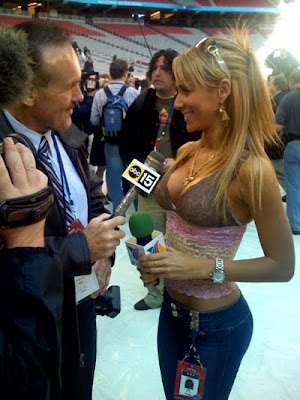 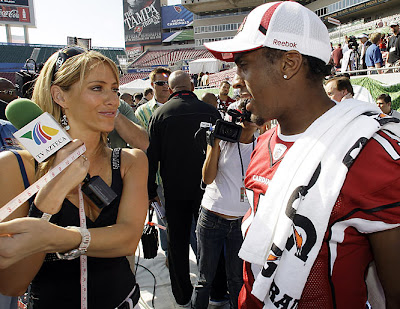 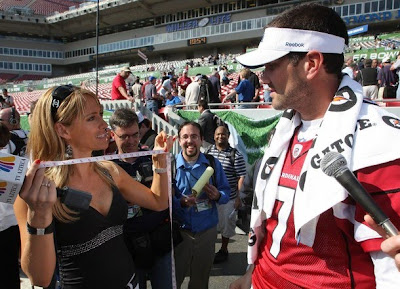 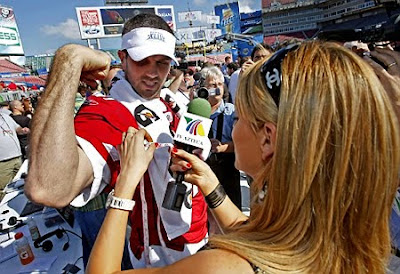 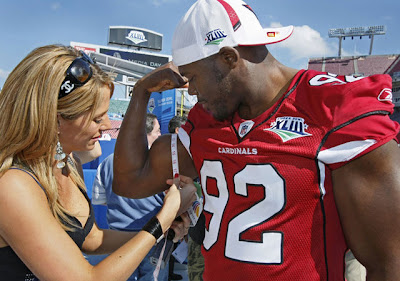 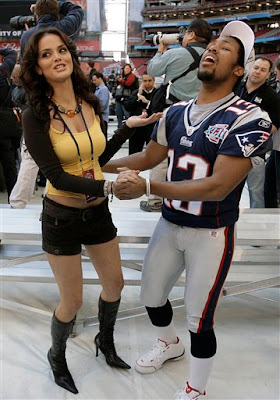 Televisa’s Marisol Gonzalez made an appearance at Super Bowl XLII 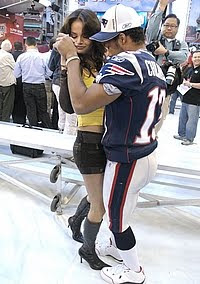 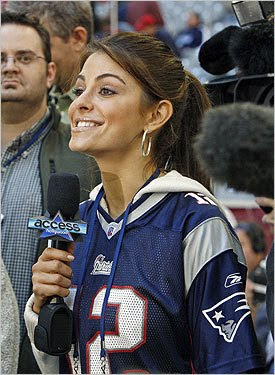 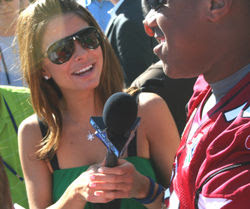 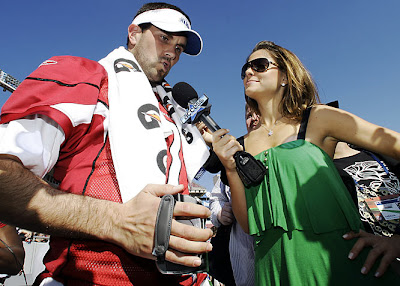 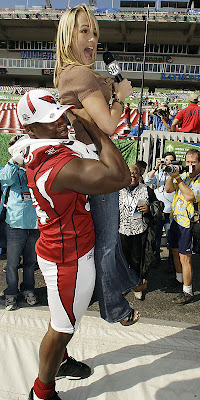 Jenn Brown for Showtime at XLIII 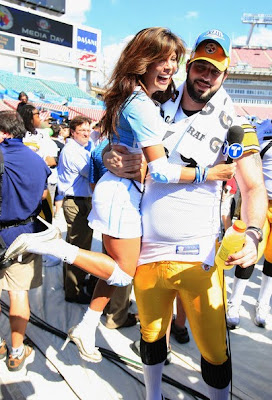 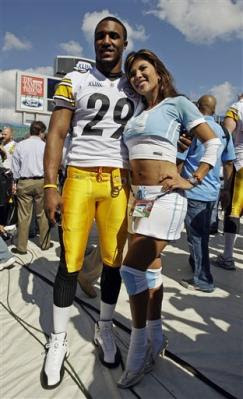 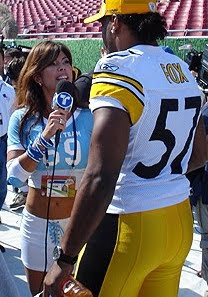 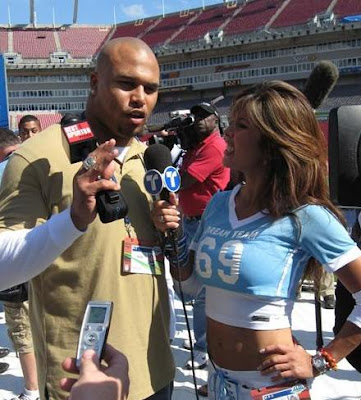 Very interesting blog you’ve got! 🙂 That interviewlady is GORGEOUS!

I have to ask cause I think I recognize your profilepic, is it from the movie “Point Break”?

*thumb and Forefinger Pinching nose* Ahhh Fellow Spics… Is not even the outlandish T&A (they do this also on the regular news, TOTALLY watchable for the weather segment, My mother Gapes half the time), Nay.,.. Is the Tacky that mostly worries me, and the Banana clip… SRLY a Mess!

Vixina- thanks, yes my pic is Bohdi from PB, so is the pic on the bottom right.

Qucifer haha, i watch the morning shows just for the T&A to start my day