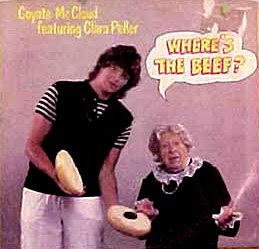 So far two singles from The Game’s summer album L.A.X. have been released, “Big Dreams,” and “Pain” featuring Keisha Cole. The Game’s previous two albums, The Documentary and The Doctor’s Advocate, were strong statements bringing West Coast rap back to the charts after a brief hiatus. Following the tone of his first two albums, “Big Dreams,” the first single off the 3rd album, takes a Cali-centric view of the the hip hop scene. The lyrics take shots a Dr. Dre, Ja Rule, and Jay Z while providing shout outs to Fat Joe, Lil Wayne and others. Always a name dropper, The Game continues this tired practice in the first two singles off L.A.X. “Pain” featuring Keisha Cole names drops the likes of Will Smith, LL Cool J, Wu Tang, Public Enemy, NWA, New Edition, Nas and others. The first verse is strange in itself, an apparent nod to the East Coast, something not heard from The Game often. Set to be released July 8, L.A.X. appears to be strong thus far.

The Game has his share of enemies. He’s had once positive relationships with 50 cent and G-Unit, Dr. Dre, and Lil Eazy E turn sour. Other enemies have been made through lyrical or personal issues, most notably, Jay Z, Ja Rule and Memphis Bleek. Despite the shots taken in the first single, one wonders whether the album will be considered pacifist as compared to the Game’s previous offerings. Once slightly unique for his lack of affiliations, L.A.X. has a long guestlist, an appears to signal a less combative offering.

I have never been a big Game fan. Maybe I just did not get it.