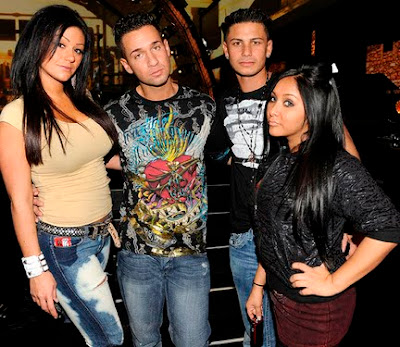 Last year’s MTV reality hit, Jersey Shore, was the center of controversy before the first episode aired. Italian-American groups were upset that the young guidos and guidettes would play-up stereotypes for a shot at fame. Additionally, the show’s focus on alcohol and casual sex caused several advertisers to withdraw their spots. Of course the controversy only helped turned the show into a huge hit, and made D-list stars out the likes of JWoww, The Situation, Snooki, and DJ Pauly D. What no one could have predicted is that the series would tip the anti-metrosexual sentiment into overdrive. 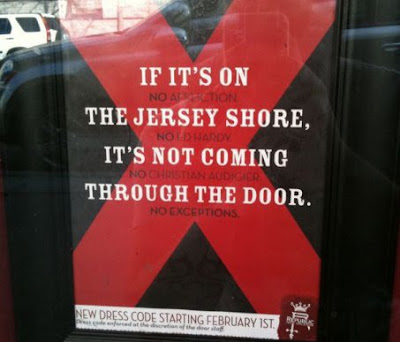 This winter Republic, a popular nightspot in New Orleans, began cutting back on their ‘metro’ population with the above pictured ad campaign. The nightclub, which features pictures of Shaq and Barkley on its website, is determined to eliminate poseurs. The ad reads, “If it’s on the Jersey Shore, it’s not coming through the door, ” with the finer print reading, “NO Affliction, No Ed Hardy, No Christian Audigier, No Exceptions.” With great hope, perhaps this can be the end of the metro-sexual revolution that began in the 80’s. 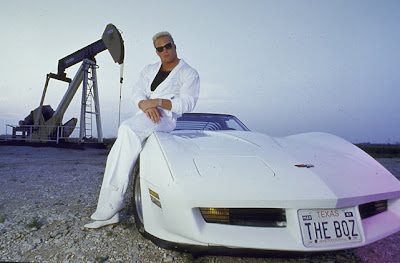 Above is Brian “The Boz” Bosworth, who at the time was a linebacker for the Oklahoma Sooners. The picture captures the early incarnations of the overly-groomed male that would eventually lead to the David Beckham androgynous look. Running unchecked for years, the ‘metro’ only reached the pop culture consciousness in the early 2000s. The backlash began slowly and quietly, carried by South Park and the internet. In 2003, South Park aired the episode, “South Park is Gay.” Surprisingly to Mr. Garrison’s dismay, the metrosexual craze takes over the town, and all the males turn into preening peacocks. Kyle teams up with Mr. Garrison to begin the ‘metro’ backlash. Unfortunately, South Park’s satire did little to stem the tide of hair gel and spray tan engulfing the nation’s males. 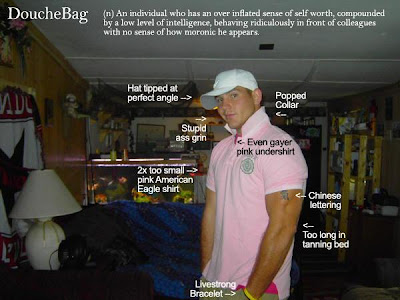 Three years after South Park’s episode, a genius began his work at HotChickswithDouchebags.com. In 2006, Jay Louis began posting a few pictures a week of loofah-loving men with arm candy. In the last four years the one-man metro-bashing machine has weathered a lawsuit and published a book. Thanks to the power of the web, depictions like the one shown above, have helped an internet backlash against metro androgyny. Infamy has been bestowed on Oompa-Loompa looking New Jersey prom-goers, driving a message board mockery so desperately needed. With the over-saturation of the Jersey Shore cast by MTV, the days of the ‘metro’ man are numbered. Under the lead of NOLA’s Republic, other establishments should step up and restrict the amount of hair gel coming through the door. Nothing to worry about on the legal front, the Supreme Court has never ruled that metrosexuals are a “protected class” under the Equal Protection Clause of the Constitution.

I peed in a horse once.